Ohm’s Law is considered very important while studying function of electrical and electronic devices. Ohm’s law simply provides you a relation between voltage, current and resistance of the circuit

All these three factors, voltage, current and resistance are dependent on each other. There is a relation between these factors and that relation is explained by the Ohm’s Law. 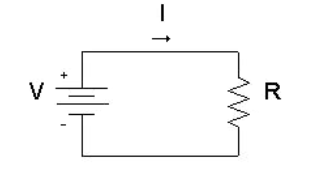 What does Ohm’s Law actually states???

We can simply put this relation in a mathematical form shown as below,

We can express the above mathematical form in a very easy manner as,current is directly dependent on voltage, and inversely dependent to the resistance. We can find unknown voltage, current or resistance of the circuit, if at least two quantities are known to us. Ohm’s law is essential part of any electrical study. We can manipulate the formula in various manners as given below.

·         If the resistance of the circuit is varying and not constant then Ohm’s law is not applicable in this condition.

WORKING OF CAPACITOR IN DETAILS